Andrew of Fictive Fantasies, who has coined the phrase Prokopian, has commented:


I think these geomorphs are cool (obviously, as I'm making some.) I want to note, however, I don't have a problem with the regular geomorphs. I look at this map I did with the Dungeonmorph Dice fonts, for example. I did some in Word and Photoshop to touch it up, but the end result was evocative and cool. My players enjoyed it.

The said file is, indeed, very cool. Like Andrew, I love geomorphs. All one has to do is go over to Dave's Mapper and click on FrDave to see how much effort I have put into the concept, and how cool the outcome can be.

However, as someone who has regularly run game sessions with players who like to wander all over the place and as someone who has attempted to put together a module for general consumption, I sometimes struggle with making those geomorphs make sense. I also say this in context of the whole "the first level of a megadungeon is boring" meme.

When I was writing The Slave Pits of Abhoth, I really struggled to come up with a map that spoke to me. I used several methods to try and generate that creative spark and nothing really satisfied. I then happened upon the idea of the 3x5 geomorph and it unlocked all that creative potential that was the initial idea of the Slave Pits.

Since then, I have found the whole concept to be truly liberating in terms of adventure writing. When I get to play around like this: 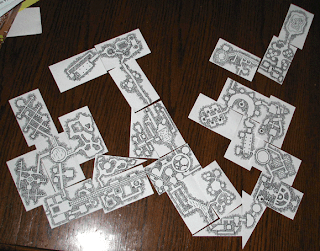 I can't help myself, the creative juices just begin to flow and the dungeons that this process produces are just better than the ones I used to produce using other methods. Therefore, I am trying to share my enthusiasm in hopes that my success will lead to others having success at overcoming the whole "megadungeons are boring" thing.

As such, here are four of my most recent 3x5s: 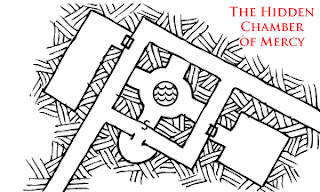 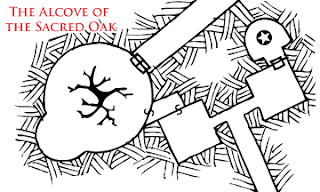 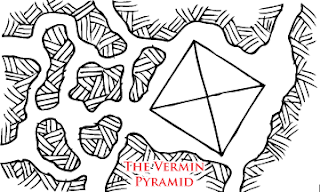 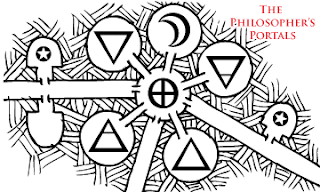