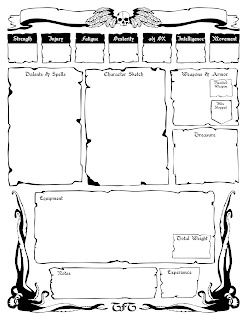 On Vitriol: This Zak Smith Thing

Almost four years ago, Zak Smith and wundergeek had a very public fight about gender politics. At the time, I had been away from blogging due to the health of my child, but decided to use the situation as a launching point for a meditation On Vitriol in the digital age.

Ironically, at the end of this past December, right before Christmas, my youngest again had a surgery and has been in and out of the hospital since. Having walked away from blogging again to deal with this situation, Zak Smith is again at the middle of a storm within the OSR due to accusations launched at him by his girlfriend, Mandy Morbid. Again, I feel compelled to say something about this whole Zak Smith thing.

Let me be blunt. I do not like Zak. I find him to be an abrasive personality that I would not wish on anyone. I experienced this first hand when he leaped onto the comment section of my first meditation On Vitriol. While actively ignoring and dismissing the message of the post, he attacked the means in which I delivered that message and kinda proved the point I was trying to make in that post. While something I would be willing to do again, I cannot say that it was a pleasant experience.

Let me be even more blunt: I don’t even like his gaming material. I bought Vornheim way back when, didn’t find it particularly useful or inspiring and have never been much interested in anything he’s authored since. Thus, I wouldn’t miss much if he disappeared from the gaming community altogether and the world never saw another RPG-related publication by Zak.

Having said all that, I am still troubled by the reaction many have had to Mandy’s accusations. Cutting Zak completely off is not an answer I can endorse. Let me explain:

When I read the Facebook Post that started the purge of Zak Smith from all things gaming, I saw a bunch of broken people. Zak, Mandy and everybody else involved in this mess are broken. They were broken long before Zak ever did a thing to Mandy. It was this brokenness that led to Zak behaving in such a reprehensible way towards others. It was this brokenness that led to Mandy going along with the abuse as long as she did. This brokenness has also led to this community cutting Zak off. As James Raggi said in his announcement that LotFP won’t be publishing Zak’s stuff anymore:


[Everyone I talked to] was bummed out. They recognized this was a tragedy from top to bottom. Even the people who agreed with my course of action here, hell, even someone that thought I wasn't going far enough, recognized what we were losing, even while they said we needed to lose it.

I recognize the brokenness for what it is because of my Christian world-view. We are all sinners. I also believe that everyone deserves an opportunity to repent and to allow God (who went to the Cross to give all of us a second chance) to transform the sinner into a saint. I still hold out hope for Zak that he can use this disaster as an opportunity to turn around his life and become a person we can all enjoy at the gaming table.

I say this, of course, as a Christian; however, we no longer live in a Christian society. As an openly practicing Christian who brings Christ to the gaming table I am acutely aware that I am in an extreme minority both within the OSR’s corner of the internet and gaming at large.

So, I have a serious question, not only for those who have cut off Zak, but for anyone who embraces secularism/atheism: How is it that abusive behavior (especially against women and children) is universally condemned?

As a Christian, I can answer this very easily. As the source of all good things in the world, God provides us with a standard that is eternal and universal. For secularism and atheism, answering this question is a much harder task.

Without the existence of God, there is no such thing as an eternal, universal standard, because all standards are generated by humans. Since humans are finite and mutable, any standard that we make is also finite and mutable. Considering that we have around 7 billion possible standards in the world (one for each person who lives on the planet), to expect any one of those standards to stand the test of time and continue to endure generation after generation is, well, folly.

Indeed, if we insist on the relativism of “my truth,” Zak’s opinion that breasts of a certain size have no value is perfectly valid. My truth may disagree with Zak’s truth, but since the source of these truths in both cases are human beings (the only real source of truth in a world without God), each is just as legitimate as the other.

Due to the fact that this standard is actually God’s and not our own, I would invite everyone to consider the reality that this very same God knew who Zak would be when he went to the Cross. Despite all the vitriol and all the abuse, Christ still got up on that Cross for Zak.

For my part, I refuse to condone Zak’s lifestyle or to tolerate Zak’s abuse; however, if he ever needs someone that will listen in an attempt to turn his life around, he is always welcome.