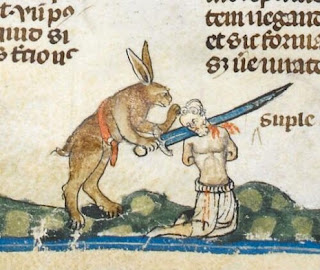 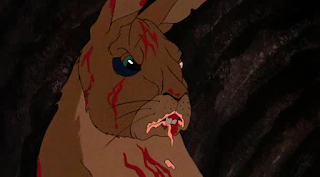 Running a Sandbox Campaign: Explain Everything

Recently, the current campaign I am running achieved that quintessential D&D moment where every one is standing around the table, all eyes on a single die desperately trying to exert what little control they have on a situation they have no control over and waiting for that single die to drop revealing success or failure, life or death and the subsequent screams of joy or anguish.

Such moments don’t happen often, at least in my own experience and it got me thinking about what is necessary for such moments to occur. The underlying idea, to me, seems to be a simple axiom that I try to use as often as I can when playing the role of Referee: Explain Everything.

For example, in the campaign the players decided to ambush an ogre who had enslaved a neanderthal village. Next to his ad hoc throne was a cage full of children. When the characters came out of hiding to attack him, he grabbed one of the children and threatened to kill it should they continue their assault.

At this point I laid out the options of what could happen should the ogre win initiative, they win initiate, etc. and then asked each player what they wanted to do. Thus, that initiative roll had a meaning well beyond just determining who got to go first.

When the players decided to attack anyway, I explained each attack and their consequences: you need to roll ‘x’ in order to hit. If you hit, this is how much damage you could do. The ogre needs ‘x’ in order to make the saving throw. If he makes it, he will take ‘x’ amount of damage, etc.

Thus, as the situation builds, everyone knows exactly what every action and die roll means. Thus, when the last person takes their action and their success or failure means the life or death of an NPC, PC, etc. everyone is not only paying attention, but they know exactly which outcome means success or failure. Thus, when that die is cast and the number is revealed, everyone at the table is able to instantly know whether their hopes are dashed or wildly fulfilled.

I realize that there are times when keeping this kind of information hidden from the players can also bring its own kind of satisfaction, and I often use it in situations where PCs wouldn’t know certain kinds of information; however, I have found that this kind pleasure pails in comparison to the kind of wild celebrations or anguished screams of despair that result from pulling back the curtain to let players know exactly what they need in order to succeed or fail.

Imagine for a moment rolling a die. Which roll are you going to be more invested in: the one where you know that you need to roll high and then have to wait for a Referee’s adjudication or the roll where you know that you need a ’17’ to succeed? I dare say the experience of rolling the latter is far more palpably exciting/excruciating than the former.