Today is not the feast of St. Maximus the Confessor. Tomorrow, the Orthodox Church celebrates the translation of his relics; however, since tomorrow is also the Leave-Taking of a Major Feast (Transfiguration) none of the hymns dedicated to Maximus are sung tomorrow. Thus, out of respect for Maximus, the hymns that would be sung tomorrow if it weren’t the Leave-Taking of Transfiguration are sung today.

St. Maximus is called “Confessor” because he suffered for Christ without being martyred. His hand was cut off and his tongue was cut out at the order of the Emperor of Rome in A.D. 661. Maximus had spent years fighting against a heresy known as Monothelitism, a heresy the emperor championed. The heresy holds that Christ only had one will — HIs divine will. This was attacked by Maximus and others because it violates the axiom of St. Gregory the Theologian — whatever part of humanity Christ doesn’t assume as His own isn’t saved.

Thus, Monothelitism essentially argues that humanity’s free will is not a part of Christ, is not a part of salvation and ultimately is not saved by Christ. This is a demonstration that Christianity has been fighting for the concept of free will in human beings for a very long time. 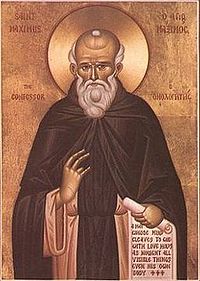 I could wax poetic about how RPGs are (or at least should be) an exercise in free will, but I’d much rather talk about REH and Solomon Kane.

I recently noticed that our local library now stocks several REH collections, one of which is The Savage Tales of Solomon Kane. I have been wanting to read these stories ever since I heard about the character. If memory serves me correctly it was shortly before the 2009 Movie (which I really enjoyed, BTW). 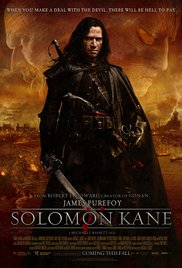 Many times over the years of maintaining this blog have I felt the need to justify why the cleric has a rightful place in D&D. I have generally leaned very heavily on the wargaming roots of RPGs to make that argument. Now I wish to make it from a literary one, and one from none other than the creator of Conan himself. In the story Skulls in the Stars, REH describes something that we who play D&D might call Turning Undead:


Kane fought with his arms and his feet and his hands, and he was aware at last that the ghost began to give back before him, that the fearful laughter changed to screams of baffled fury. For man’s only weapon is courage that flinches not from the gates of Hell itself, and against such not even the legions of Hell can stand.

I would further clarify that the courage displayed by Kane, (and by St. Maximus and all the confessors and martyrs throughout history) come from God and the full knowledge that Christ has defeated death and thrown open the Gates of Hades so that we need not fear death anymore. The faith that this reality is true brings with it a courage that can turn away demons and ghosts and can stand in defiance of Emperors even in the face of torture and death.

There you have it: a fantastic literary description of Turning Undead. So, while I support anyone who wants no part of clerics their games, I now have two pretty huge names in my arsenal to justify not only why clerics are a more than legitimate part of the game but why those of us who love to use them stand on solid ground when keeping them in our games. Those names just so happen to be Solomon Kane and Robert Ervin Howard.