Today is the Feast of Nahum the Prophet, who is one of the Minor Prophets. His prophecy is three chapters and foretells the destruction of Nineveh. He is unique among the prophets in that he does not chide Israel for its ungodly behavior.

According to the textual witness of the Book the bears his name, he lived sometime between 663 B.C. and 612 B.C. He mentions the fall of Thebes (No-Amon) to the Assyrians in 663 B.C. and the destruction of Nineveh by the Babylonians and Medes occurred in 612 B.C. This means he was contemporaneous or shortly after the prophets Daniel and Habakkuk, both of whom help understand how all of this vitriol and violence has anything to do with Christ.

According to the Fathers, Nahum prophesies Christ with this verse (alluded to by St. Paul is his Letter to the Romans 10:16):


Behold, on the mountains
The feet of him who brings good tidings,
Who proclaims peace!
O Judah, keep your appointed feasts,
Perform your vows.
For the wicked one shall no more pass through you;
He is utterly cut off. — Nahum 1:15 (2:1 LXX)

Compare this to these passages of Habakkuk and Daniel, in which the Fathers equate the mountain in each with the Virgin Mary:


God will come from Teman,
The Holy One from mount Paran — Habakkuk 3:3

You saw while a stone was cut out of a mountain without hands, and it struck the image on its feet of iron and clay, and ground them to powder. — Daniel 2:34

In other words, Christ is born of a Virgin and the Wicked One (sin and death) is utterly cut off by Christ’s victory on the Cross. This, then invites us to read Nahum metaphorically where the city is an icon of sinful humanity and the great enemies of sin and death. 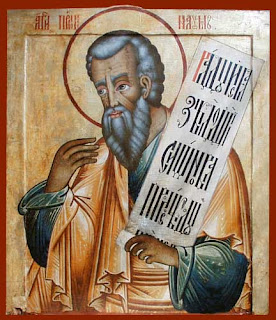 While this reading of Nahum is both beautiful and powerful, there are a number of images, seen from an historical point of view, that are not only fascinating but very useful in imagining an ancient ruined city as adventure or megadungeon. For those interested, the most useful translation for this exercise is the New Jerusalem Bible (NJB) (which uses the LXX numbering):


What emerges from all of these references is a potentially interesting site-based adventure with several features that make for a number of different adventure expeditions or even an entire campaign:


Yes, yet another cool campaign idea/dungeon/adventure inspired by simply reading the Old Testament. For those inspired to move forward, here is a map of ancient Nineveh: 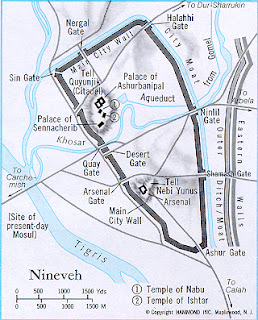 a map of a palace built by the Assyrian king Sennacherib: 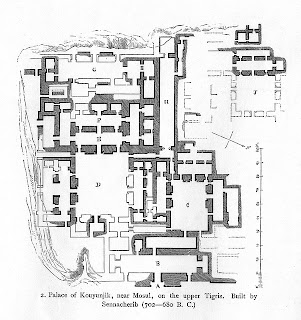 and a map of ancient Thebes (No-Amon): 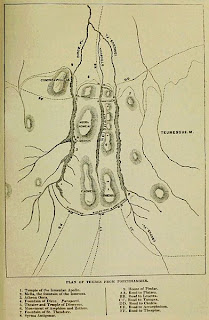