Work on my re-imagined version of the Slave Pits continues. Here is a map of Hucwind Castle: 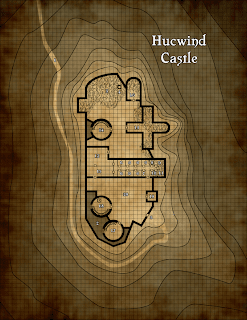 Notes: The castle is meant to look like an abandoned ruin; however, there are clues for the astute adventurer that there is something horrific going on within.