Today is the Feast of St. Hilarion the New. He was a monastic saint who lived much of his life as a hermit. Eventually, he was ordained as a priest and became the abbot of the Pelekete monastery in Bithynia during the eighth century A.D. This places his life at the time of the first wave of iconoclasm.

On Holy Thursday in A.D. 754, soldiers stormed the monastery under the auspices of rooting out icon-venerators. They disrupted service, threw the Holy Gifts to the floor and put forty-two of the monks in chains. They were then sent to Edessa to be murdered. The remaining monks were horribly mutilated and tortured. Noses were cut off, beards set on fire. St. Hilarion died during this persecution and is today venerated as a martyr.

Given that several of my recent Saintly Saturdays have coincidentally been about various saints from around the Sea of Marmara and Bithyina, it seems as if this nascent campaign is going to get further developed.

The story of St. Hilarion and the Pelekete monastery suggests a background story for the center-piece dungeon of the campaign. In past posts, I have suggested a new take on the sample side-view dungeon in Holmes where Skull Mountain becomes the Mountain of Skulls. The monks originally built the monastery to protect the surrounding countryside from an ancient evil buried beneath.

I have also suggested that the monks therein were not wiped out by monsters, but by forces of Law. These forces would have been backed by an authority that is actively supporting a heresy that the monks at the Mountain of Skulls were opposed to (and might possibly be the original rebel monks also suggested by a previous post).

To that end, I’d like to gather some pictures from a few monasteries for the purposes of inspiration. Somewhere in here are the pieces necessary to bring this adventure location to life: 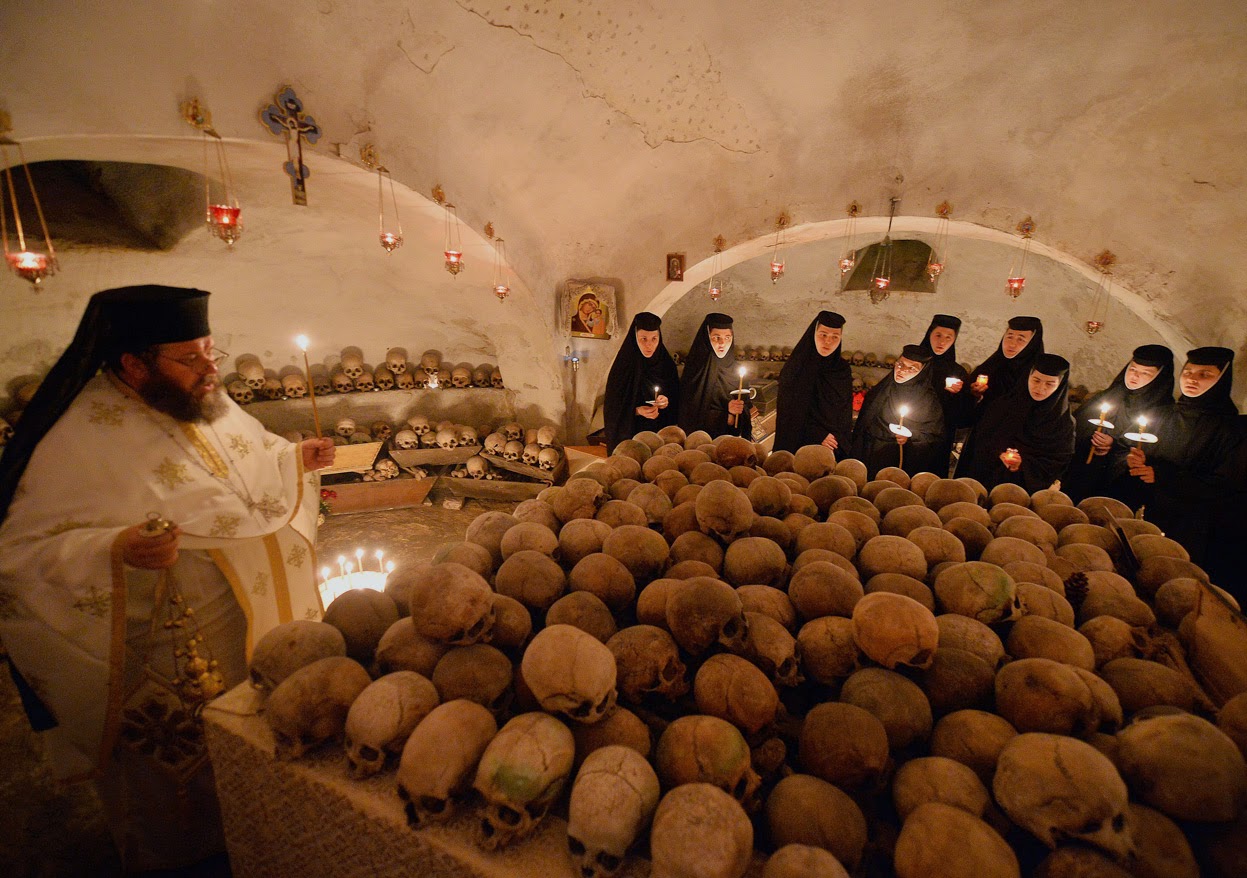 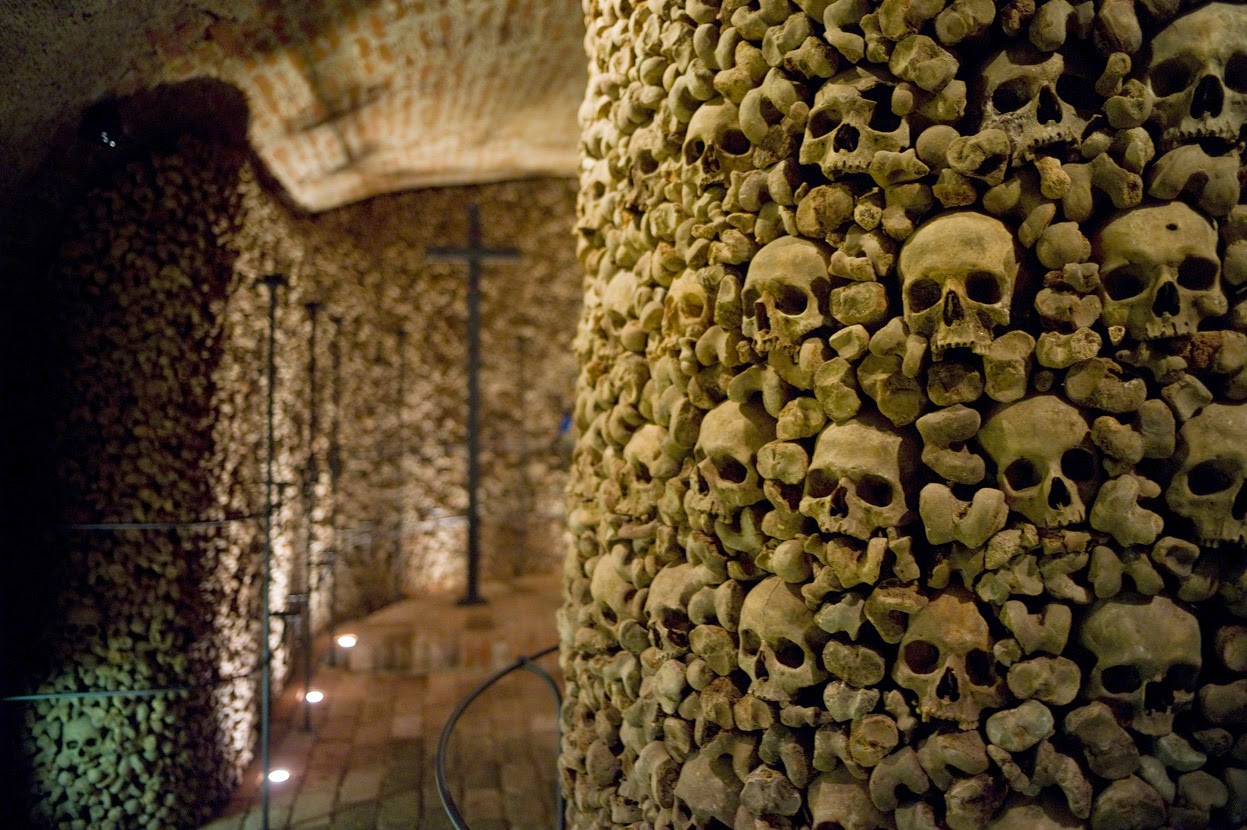 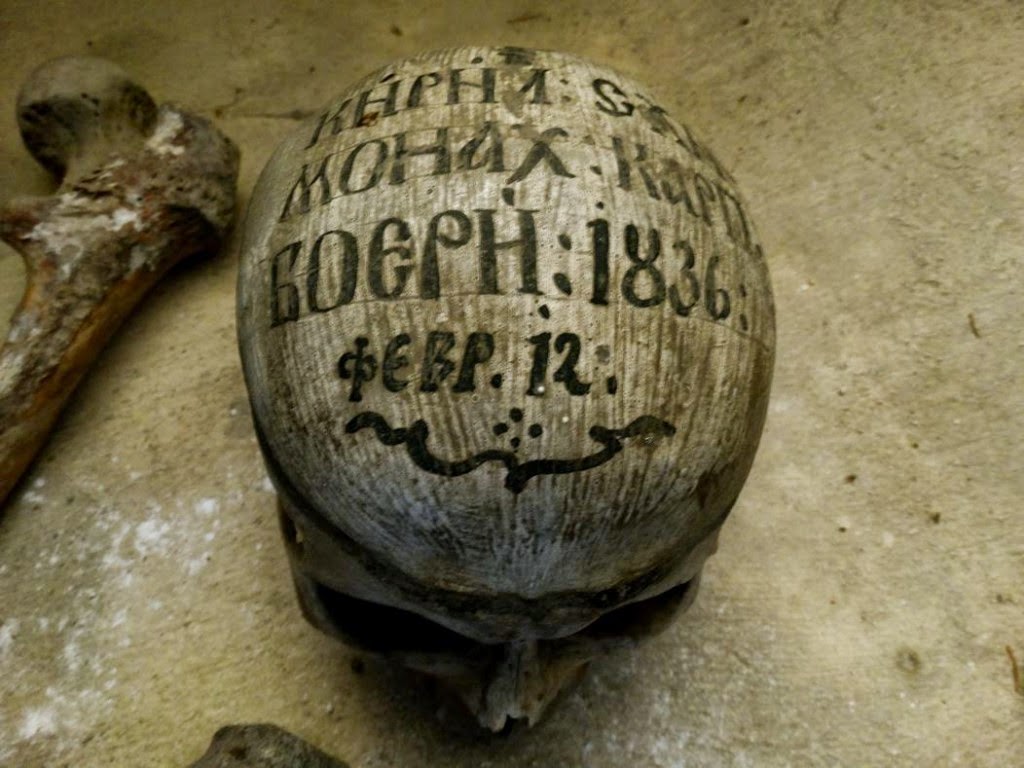 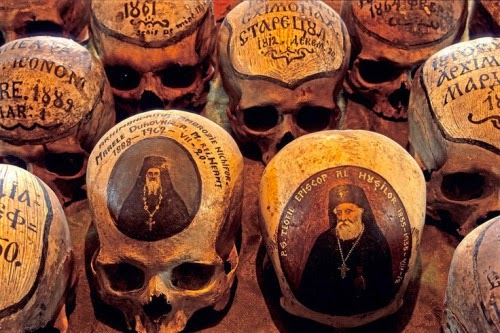 Especially interesting to me are the skulls with names, dates and even icons painted upon them. These are the skulls in question that need to be found and restored to make sure that the ancient evil is once more contained.