Today is the Feast Day of St. Benedict of Nursia. Born in A.D. 480 in Nursia, a small town northeast of Rome, he took to monasticism at a young age. He lived as a hermit for several years. As happens so often in the history of the church, people started hearing stories and were attracted to his presence, seeking spiritual guidance. Many decided to become monastics themselves.

As a consequence, St. Benedict wrote a monastic rule, based upon the works of St. Basil the Great. This, then became the foundation upon which Western monasticism was based — Benedictine monasticism. He built a monastery on Mount Cassino (Montecassino) and died there in A.D. 547. 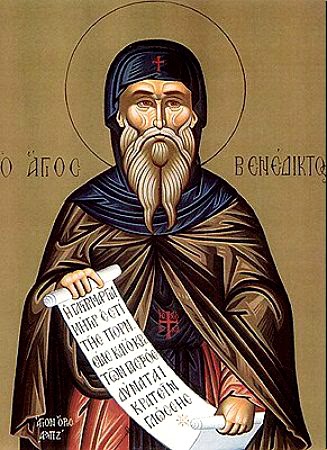 For those interested in a detailed examination of the Rule of St. Benedict and how I have used it as a source of gaming inspiration, I would direct you here. Today, I am much more interested in writing about WWII.

The Montecassino Monastery was sacked and destroyed several times throughout history, but one of the most interesting and tragic of these events occurred during the Allied offensive in Italy. Montecassino was part of the Gustav Line, which was a German defense designed to stall the Allied push through Italy.

American forces were convinced that the Nazis had occupied the monastery and were using it as an observation post. On February 15 in 1944 the monastery was almost completely destroyed by American air raids. Tragically, it turned out that the Germans had stayed clear of the monastery for fear of the artifact being damaged by the allies and the only people killed in the bombing were some 230 Italian civilians seeking refuge.

Ironically, after its destruction, the Germans did occupy it and it helped them stave off four Allied assaults prior to withdrawing in May of 1944. 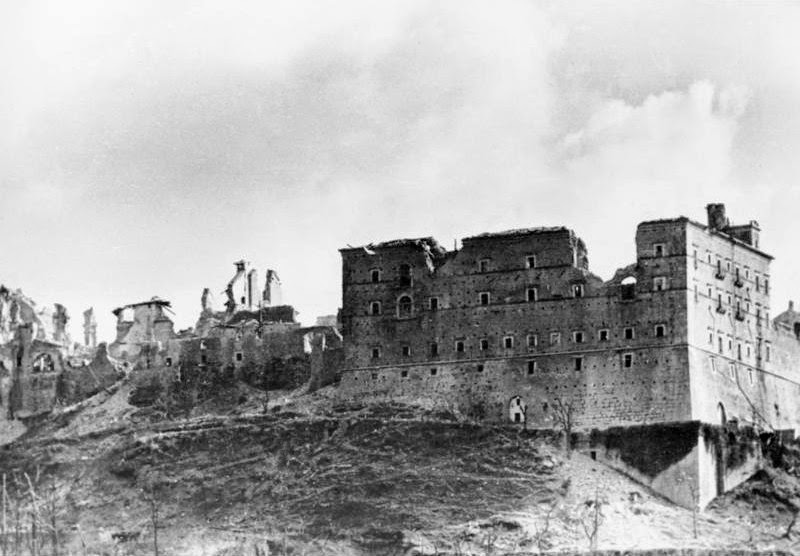 I mention all this because this suggests an interesting twist on the abandoned monastery trope of dungeon design. There are plenty of examples of Chaotic monasteries being sacked by Lawful forces and subsequently re-occupied (Temple of Elemental Evil immediately comes to mind). There are also example of Lawful monasteries that were sacked by Chaotic forces and have yet to be recovered (my own Lost Colonies campaign uses this trope).

The story of the Montecassino Monastery suggests a scenario where a Lawful monastery is destroyed by Lawful forces because of a misunderstanding and then subsequently occupied by Chaos. Such a background story could be the source of all kinds of interesting mischief as those same Lawful forces could very well be actively covering up the story in order to maintain their power. Thus, PCs could run afoul of the authorities back home should they learn too much...