This shouldn’t be very surprising given that we are so dependent upon science and technology; however, I would point out the fact that reason and logic only make up part of the human mind. Although the Greek word nous is translated into English as mind, it does not refer to rational thought, reason or logic. The best way that the concept of the nous can be exemplified is with the idea of beauty.

No one can deny that human beings find beauty in the world. Indeed, we manage to find it in the most remarkable places. Beauty, however, is not rational. There is no hypothesis of beauty that can be tested in a repeatable fashion. There is no rational reason why I prefer German opera and my wife prefers Italian opera. There is no logical explanation why we, as human beings, experience beauty when we encounter it. Yet we do.

The part of the human mind wherein beauty happens is the nous. To dismiss or minimize this aspect of the human mind is to dismiss art, culture and and a huge chunk of human experience. Yet, that is exactly what we do when we insist that every aspect of our lives be ruled by reason and logic.

As the saying goes, beauty is in the eye of the beholder. No amount of evidence or rational thought or argument or logic is going to change the fact that I like this cover of T1: The Village of Hommlet: 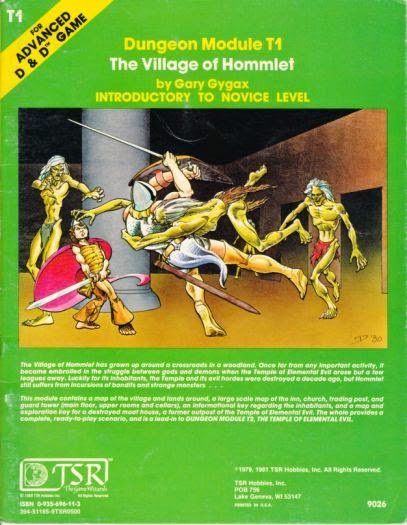 better than this one: 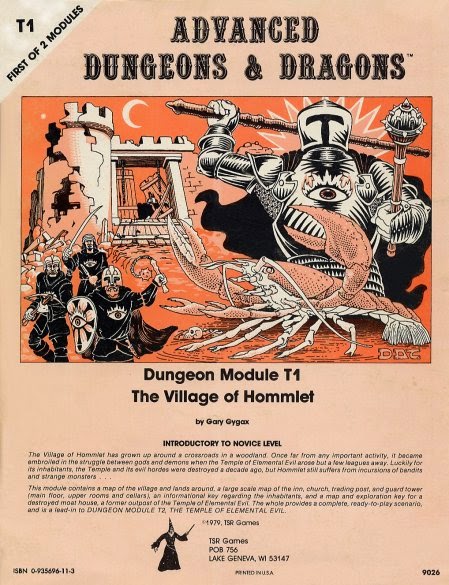 Sure, I could rationalize it by pointing out my first exposure to the module was the later printing with Jeff Dee’s illustration, or that I really want to play the halfling fighter as a PC one day. At the end of the day, however, I just find it beautiful. It just is.

This reality can be expanded to the entire hobby. Some gamers prefer the style of play offered by 3.5 and Pathfinder. That game is beautiful to them. I prefer the simplicity of B/X and Labyrinth Lord. They are beautiful to me. Sure, a lot of virtual ink has been spilled justifying and rationalizing that beauty; however, there is no rational or logical explanation as to why we find the games we play to be so beautiful, so fun, and so endlessly entertaining.

While I could expend a tremendous amount of time and energy explaining why all of those people who find beauty in 3.5 and Pathfinder are wrong, pointing out all of the rationalizations and justifications that prove how much I am right to find beauty in B/X and LL (and you can probably find posts on this blog that do exactly that), the reality is that I can no more prove that someone who enjoys Pathfinder doesn’t enjoy it than I can prove that red is really green.

That’s because the reasons we play these games really has little to do with rational mind, but everything to do with the nous.