One of the ways in which I am a serious geek is my love of foreign language film and TV. One of my favorite sub-genres of this is the stuff coming out of Korea. A fascinating genre within Korean film and TV focuses on the life and times of King Jeongjo. There are several meditations on this period of the Josean dynasty during the 18th century in a similar fashion that there are a plethora of movies, books and TV shows that focus on King Arthur in the English speaking world. King Jeongjo, however, was a real historical figure whose life and death are still subject to all kinds of speculation.

His grandfather had his father executed in front of his eyes by royal decree and his reign was plagued by internal strife. Assassination attempts on his life were a regular feature of his reign, seven coming in his first year as king alone. In my top five favorite films of 2014 is The Fatal Encounter starring Hyun Bin in a stunning performance as King Jeongjo. The movie focuses on the 24 hours leading up to one of these assassination attempts. 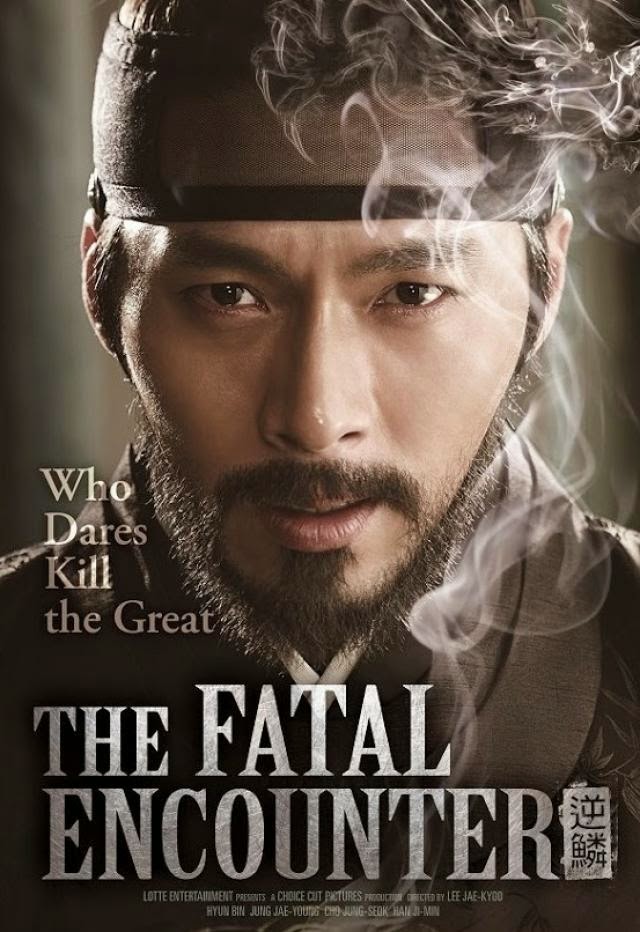 This is all a preamble for a meditation on the assassin class in DnD and its various clones. I have never been a fan of this class, nor have I ever really allowed anyone to play an assassin in any of my campaigns. As far as I am concerned, it should be an NPC class because the whole idea of evil PCs is not conducive for fun in a campaign. Besides which, I was never much interested in having to play the whole political game of the assissin’s guild and the need for PCs to challenge higher-ups to advance as they are required in 1eAD&D. The only pseudo-historical model for this are ninjas and ninjas bore me.

The Fatal Encounter, however, has me reconsidering my stance on assassins because of the way they are depicted in the film. Assassins do not choose their profession, it is forced upon them from childhood. They are orphans, street urchins, or prisoners of war with no family connections kidnapped and literally thrown into pits. They are dehumanized, referred to by number, not by a name. They must fight in pits for food and survival. Only the fit are allowed to survive.

The “Grandfather of Assassins” is a master manipulator. He finds the weaknesses of every one of his assassins and exploits them to get them to do want he wants. They are assigned to assume roles in society close to potential targets and live normal lives until such time that they are contacted with a mission.

Thus, these are not necessarily evil characters. Rather, they are characters who are where they are out of a desire to survive and exist. Potentially, theirs is a life trying to figure out how to become human.

After watching The Fatal Encounter, I went back and read all of the various iterations of the assassin class and was pleasantly surprised to find this note in S&W Complete:

Assassins must be of Neutral or Chaotic alignment. In the Original Game, Assassins could only be Neutrally aligned, presumably since their allegiance to a guild is similar to the Druidic allegiance to the powers of nature, and they are not indiscriminate in their actions.


This allows me enough flexibility to allow assassins in my game as PCs, especially if someone wants to take on the challenge of playing a character who was brought up within the soul crushing grip of the assassin’s guild as shown in The Fatal Encounter.

In short, if you are interested in seeing a really interesting depiction of an assassin’s guild on film, I can’t recommend The Fatal Encounter enough.