Ecology of the Hobgoblin

I don’t know about you, but I have long felt that the hobgoblin is the most neglected of all the “primary” goblinoid races. They just feel like an afterthought. This has also long bothered me because of all the various humanoids and goblinoids that exist in the game of D&D, hobgoblins are my favorite. This is in large part due to the way they are depicted in the MM1, especially the illustration that looks kinda like this: 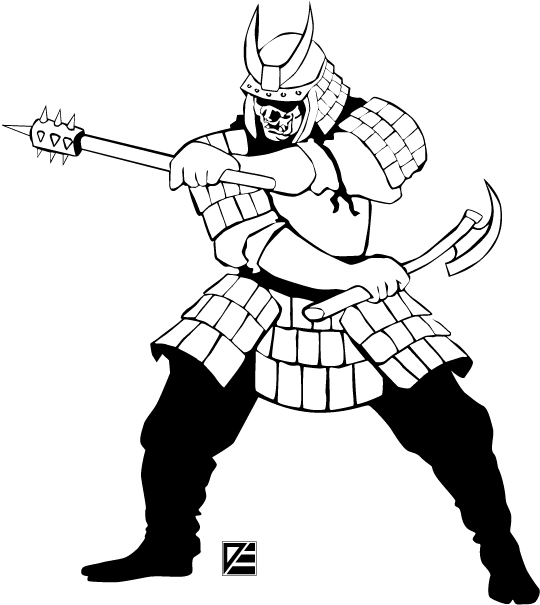 Due to this rendering, I have always thought of hobgoblins as having an altogether different order of civilization and culture than other goblinoids. Recently, I have been meditating upon the ecology of the hobgoblin and had an epiphany, which I’d rather like to share.

First things first, in order to understand some of my basic assumptions about goblinoids in general and hobgoblins in particular, please refer to my previous ramblings on Elves and Dwarves.

These assumptions seem to be supported by the MM1 description. Note that, like goblins in Holmes who attack dwarves on sight (thus suggesting their dwarven ancestry), hobgoblins “will attack [elves] in preference to any other troops.” Thus, hobgoblins are twisted elves.

One quirk of the MM1 hobgoblin that I have always found fascinating is the fact that they can speak the rudimentary tongue of carnivorous apes and that 60% of hobgoblin lairs will have carnivorous apes as guards. Note also their baboon-like physical description:


The hairy hides of hobgoblins range from reddish-brown to gray black. Their faces are bright red-orange to red. Large males will have blue-red noses.

Given these factors, the origin of how elves were twisted into hobgoblins seems to suggest itself — hobgoblins are the product of a breeding program that intermixes elves and carnivorous apes. The majority of hobgoblins seem to continue this rather disturbing process. This explains the necessity to speak the language of carnivorous apes and the close relationship they have with them. It also suggests a reason why hobgoblins prefer to attack elves above all other troops — to capture more elven stock to interbreed with carnivorous apes in hopes of producing stronger strains of hobgoblin.

It is even possible to imagine, due to the arcane nature of elves, that such experimentation has resulted in such ape-like monsters as girallons. Considering the fact that the MM1 gives hobgoblins Average intelligence instead of the typical goblinoid Average (low), it is possible to imagine that the entire hobgoblin culture centers around a quest for some kind of eugenic ideal that they are continually refining through their interbreeding with carnivorous apes and the offspring of carnivorous apes and the occasional elven captive.

There, I hope that helps folks see that the hobgoblin can be more than merely a bigger goblin.