Today is the Synaxis of All Saints of Alaska (where Synaxis means gathering). On this day in 1794, Russian missionaries first set foot in Alaska. Today specifically remembers the two protomartyrs of America: St. Peter the Aleut (the first American martyr) and St. Juvenal (the first martyr on American soil). Those of you who have read this blog in the past may remember that I wrote about St. Juvenal a couple of months ago.

At that time, Gamer ADD caused me to start contemplating an FRPG setting based upon 18th century Alaska, where the colonial powers of Ruthenia and Albion vied for control over Alakshaq and the various native peoples. Here is another tremendously cool map for inspiration: 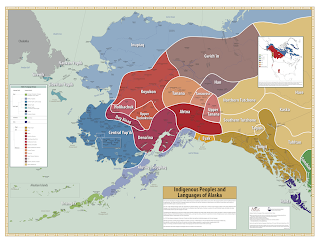 My preferred ruleset for this Gamer ADD-fueled endeavor is B/X (effectively emulated via LL). There is one major problem with this, however. While armor was still in limited use on 18th century battlefields (cavalry units still donned breast plates, for example), it was largely absent. The reason for this absence was the effectiveness of the most common weapon on 18th century battlefields — the gun.

For better or worse, D&D has never been very good at emulating the impact of the gun on combat. Even as armor technology has endeavored to literally stop bullets, soldiers on contemporary battlefields choose to go sans armor because the advantages in mobility and maneuverability outweigh the advantages of wearing armor.

As written, in D&D there are two basic mechanisms that can be used to try and emulate the effectiveness of guns: the "to hit" roll and the damage roll. In my opinion, neither works.
This means that if I want to use my preferred ruleset, I'd have to do some serious house rules. One possibility is to experiment with this idea, where armor = damage reduction. This way, guns could ignore certain amounts of that damage reduction. Thus, it can function as all other weapons do — the same "to hit" and same damage — while doing what guns historically did — render armor on the battlefield meaningless.

I'll end with a pair of questions: