Orcs of My Greyhawk Campaign

Given the fact that the etymology of the word orc includes such definitions as hell-devil, evil spirit, and underworld corpse (literally, the corpses of Orcus), I (unlike WotC) have no problem calling the orcs in my version of Greyhawk evil. In fact, I have always been attracted to the idea of using Gygax’s suggestions for orc and hobgoblin tribe names to represent various different types of orcs in one of my campaigns. Thus, I am going to take several human(oid) monsters and re-skin them (with a few minor adjustments) as different types of orcs.

For the sake of practicality, every orc tribe is primarily made up of orcs by-the-book:  HD 1; AC 6; Atk 1 by weapon; Move 9; Special: -1 penalty on attack rolls in sunlight. Also for practicality, all of the following variations of orc can be found in any tribe; however, these variations are more likely to be found in certain tribes, described below. 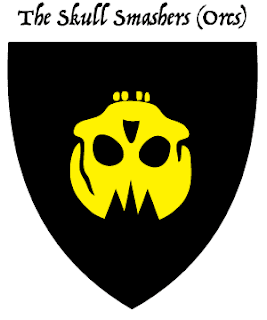 The Skull Smashers are a haven for the Swift Orcs, for which I am going to use the stats of a goblin but up the move from 9 to 12. Thus, they survive by outmaneuvering their bigger cousins and by gathering in large enough numbers. 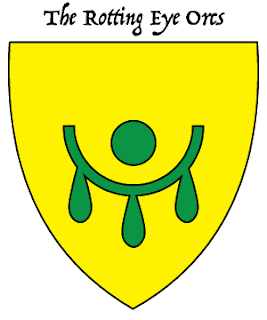 The Rotting Eye Orcs have figured out a way to overcome their weakness in sunlight. Their strongest warriors are infected with a magical disease that rots out their eyes and increases the other senses. One of the side-effects of this process is a lust for violence that results in a battle-frenzy. Frenzied Orcs use the same stats as berserkers. 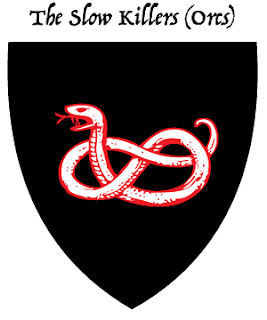 The Slow Killers get their name, not just from their talent for torture, but from the fact that they can take their time to move either at night or day because Dusk Orcs do not suffer from the sunlight penalty of normal orcs. The Dusk Orc uses the same stats as a gnoll. 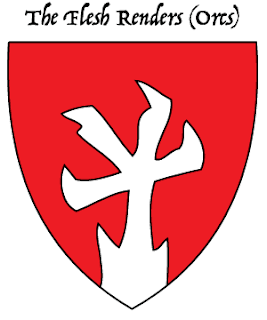 The Flesh Renders get their name from the claw-like hands of Talon Orcs. Like Dusk Orcs, Talon Orcs have no penalty in sunlight; however, they prefer to engage in unarmed combat in order to take advantage of their claws. They use the same stats as an ogrillon. 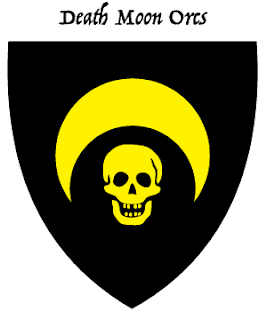 The Death Moon Orcs have a reputation of being silent killers. This is due to their heavy use of Ghost Walker Orcs, who are surprisingly nimble and quiet on their feet. They use the same stats as bugbears. 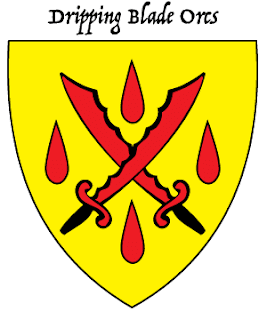 The Dripping Blade Orcs are widely feared for their reliance on Rivener Orcs. These huge orcs are strong enough to cut normal troops in half with their large blades. Rivener Orcs use the same stats as ogres. 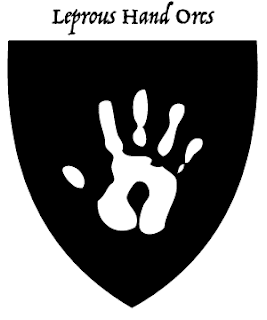 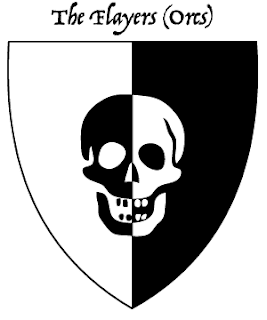 The Flayers are literally feared because they are led into battle by Flagellant Orcs, who use blood magic and self mutilation to cast the spell Fear. They use the same stats as a Tusken Ogre; however, instead of Mirror Image, they are able to cast the aforementioned Fear spell. 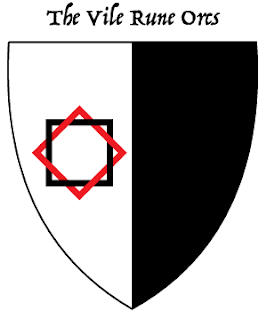 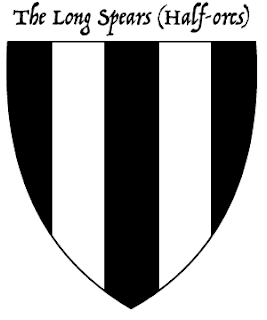 Finally, the Long Spears is a mercenary company made up of orcs, half-orcs, and humans. Normally, their leader types are half-orc and they instill a level of discipline in their troops that make them very dangerous on the battle field. Normal troops of the Long Spears use the same stats as hobgoblins, but also gain the Special Ability that as long as they fight in formation, any damage done to one is distributed among all the Long Spears in the formation. For example, if a PC is fighting four Long Spears in formation and does 8 damage, instead of one Long Spear taking all 8, each of the four in formation will take 2 damage each.