When looking at the description of Portown as presented in Holmes, there are only a couple of features that are explicitly known:


In trying to take this information and turn it into a usable map, I have found that the urban hex-crawl style of map has several really nice features.

I, however, want even more city to explore and I also want more potential for political intrigue. Therefore, I decided to add the following: 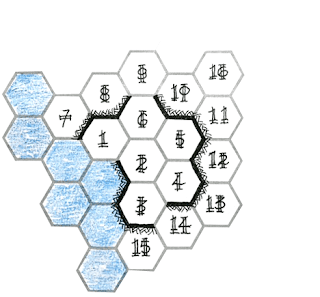 I then remembered I didn’t have slums or place where a Thieves’ Guild might find home so I added some more: 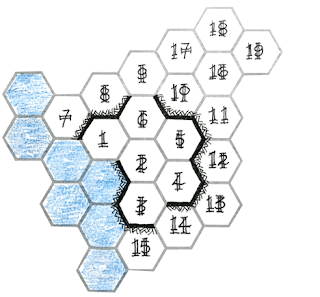 Here is the final key for the map:

Please note: as I proceed with this particular project, I will be assuming that the larger picture within which Portown is placed will correspond with my earlier work of trying to piece together Holmes' Sample Dungeon and Cook's map of the Known World.