Today is the feast of St. Serapion of Zarzma, a 10th century saint who is primarily remembered by the Georgian Orthodox Church. He grew up as part of a wealthy family (his father was a Klarjeti aristocrat); however, this did not matter when both of his parents died when he was young. He and his brother were taken in by St. Michael of Parekhi, known as a wonderworker and a teacher of orphans. 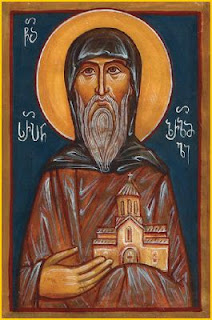 St. Serapion became a priest, and, after St. Michael was instructed in a vision to send them, built a monastery with his brother in the village of Zarzma. 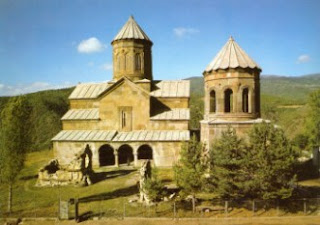 Though the life of St. Serapion is fairly simple — he spent his life building and maintaining a monastery — I find inspiration in where he built the monastery.

Personally, I am a big fan of puzzles, especially codes. When I find that any of my players share the same interest, I will sprinkle my dungeons with treasure maps, riddles and inscriptions written in ancient versions of known languages. Thus, I can write out whatever I want in plain English, substitute each letter with a cool looking symbol/rune/foreign character and then inform the players that they recognize one simple word (like 'the'). They then get to decode the message for themselves. Once a language code is broken, they get to go back to their original find and piece together any new messages they find. This is a great (and fun) way to simulate reading ancient texts. The Georgian (Mkhedruli) alphabet is a perfect candidate for such a use.

I'll end with a couple of questions: