Though I am quite satisfied with the Oamenbun — an analog for the Cathari of 13th century France — I also need to set up a pagan cult. Since the Crimson King and his Black Queen are so tightly associated with the pagan past of Averoigne and since time tends to be a bit non-linear — especially around the Chateau des Faussesflammes — I need to establish the pagan cult the king and queen were/are/will be involved in.

I originally created this bit a heraldry for the Crimson King because of its Wotanic overtones: 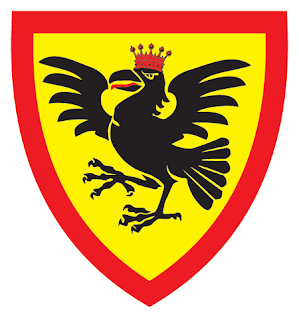 However, since I have gone to the trouble of tying the Oamenbun to a regional group, I also want to have stronger local ties to inspire this pagan cult. Thus, I have been doing some cursory investigation into the paganism found in France. Here are the three local cults that I find most useful:


I plan on doing an amalgam of these three by taking the name and practices of the cult of Esus and applying them to Sucellus and Nantosuelta, since they parallel the Crimson King and the Black Queen. Thus, these two will be simply called Master and Mistress. Their cult will practice human sacrifice wherein the victim is hung and exsanguinated. Necromancy and the undead will also be a huge part of cultic practice.

The various associations of these three also suggest a number of artifacts that might be found while exploring the Chateau des Faussesflammes:


Finally, there are several creatures that suggest themselves (besides the undead and the blood golem):