World Building with the Noahide Laws

In my last post, B.W. Byers asked me if I had ever looked at the Noahide Laws as a model for a pre-historic law/religious system for a FRPG setting. For those unfamiliar, they are a set of laws said to have been followed by Noah and his descendants after the flood. They seem to be implied in the admonitions God give Noah in Genesis 9:

They are also implied by both the Book of Jubilees, a pseudographical book dated to the second century B.C., as well as Acts 15, where the Council of Jerusalem decides that Gentiles do not need to be circumcised but:

Traditionally, the laws can be enumerated as follows:


Not to worship idols.
Not to curse God.
To establish courts of justice.
Not to commit murder.
Not to commit adultery, bestiality, or sexual immorality.
Not to steal.
Not to eat flesh torn from a living animal.

The Noahide Laws are simpler than the Ten Commandments and yet still feel very grounded Scripture. In other words, this is an interesting starting place to create a world that feels both similar yet alien.

Bringing out the alien nature of a campaign world can begin with the law about murder. In Genesis, this law concerns bloodshed and this is echoed in the Tosefta. This brings up a dilemma, because God seems to demand that blood be shed for blood. While one could argue that He is warning us of the cycle of violence that revenge creates, it is also an opportunity to start building a society around the Noahide Laws based on various castes where a Law is either abrogated or specifically applied. If blood is to be shed for punishing murderers or in defense of a city from an invading force, a society needs a caste or classification of people who are allowed to break the Law of Bloodshed without fear of retribution from the Law.

Thus, I decided to take an ancient Hebrew letter and use it as both a symbol and a name for each of the castes:

The letter 'Bet' is associated with Family, so I thought it appropriate for representing the caste associated with sexual immorality. In a Scriptural context, this caste would be a place to protect victims: widows, orphans, and the abused. It is here that I am going to borrow one of the better ideas from The Witcher — practitioners of arcane magic are rendered sterile in exchange for the power they gain from becoming a spell caster. Since, victims are damaged and see sexual relations in a broken way, the choice to become sterile in exchange for power becomes a much easier choice. Consequently, it would make sense that in context of the Noahide Laws that the Wizard's Guild would be the new family for the widow, orphan, and abused. One interesting side effect of this idea is that Magic-users are more likely to be women than men.

The letter 'El' is associated with Leadership and Power, appropriate for the caste responsible for setting up courts of justice. This would be the de facto aristocracy of the society, where leaders are known by the title Judge. Given that this is a pre-Davidic reality, however, this caste is not hereditary. It is something one must earn.

The letter 'Hey' is related to the verb Reveal. Societies are quite capable of mistaking medicine, science and certain creative acts as blasphemy by muscling in on what properly belongs to God (as the creator of all things). Thus, I thought this caste would be a place where such endeavors can happen in their proper context. Alchemists, blacksmiths, physicians, etc. all belong to this caste.

The letter 'Mem' is related to Blood, so it was a no-brainer to have this be the caste responsible for soldiering and execution.


The letter 'Shin' is associated with Eating, so it made sense to have this caste be related to the law against eating from a live animal. This caste would involve all those professions responsible for  processing animals into food: butchers, herders, hunters, etc.

The letter 'Sin' is related to the verb Grab. As such, I thought it a good fit for those who need to Steal legally — tax collectors; however, in context of a FRPG it also opens up the possibility for a legitimate version of the Thieves' Guild trope and a place for the Rogue/Thief class to have an official place within society. I am reminded of the classic Japanese movie The Taxing Woman.

The letter 'Yad' is associated with Worship, so this is another no-brainer: this is the priestly caste and a home for clerics. As an aside, the Noahide Laws are a polemic against paganism. The implication here is that the 'gods' worshipped by pagans are creatures, something that I have mediated on before in context of Deities & Demi-Gods. 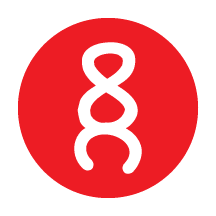 Finally, we have the letter 'Ghah' which is associated with Rope, Twisting, Dark, and Wickedness. This symbolizes everything outside of Society — Chaos, in the tripartite alignment system of older versions of D&D. There are several things I like about this. Rope implies that those who have rejected the Noahide Laws are bound by sin. Twisting dovetails nicely into my Tolkien-inspired understanding of humanoids. Dark and Wicked nicely describe what monsters ought to be. As a bonus, while every letter used above has an analogue in the modern Hebrew, Greek, and Latin alphabets, Ghah has none. It is a nice reminder that Scripture tells us that God created everything from nothing and without God we return to the nothing from whence we came.