Today is the feast of St. Cyril of Alexandria. Born into a Christian family of means, he grew up studying science, philosophy and Holy Scripture. In his youth, he became a monk and was later chosen to be Patriarch of Alexandria in A.D. 412.

St. Cyril looms large in the politics and Christological controversies of the 5th century. For anyone who is interested in history, this is a fascinating chapter in life of the Church. Heresy (most notably Nestorianism), political rivalries, rivalries between bishops, Ecumenical Councils, the Robber Council, violence and exile all swirl around the life of St. Cyril. He was the primary advocate of the orthodox position against Nestorius at the Third Ecumenical Council and though he died in A.D. 444, his theology played a large role at the Fourth Ecumenical Council in Chalcedon in A.D. 451. Ironically, both those who accepted and rejected the Council of Chalcedon hold up St. Cyril as their champion.

Though I could (and would love to) go over all the particulars involved in this story, it would take several posts due to the complexity of both the events and the theology involved. In short, this period is rife with a rivalry between Antioch and Alexandria. The theological approach of Antioch emphasized Christ’s humanity and is best represented by St. John Chrysostom. When pushed too far, this approach produced Nestorianism. Alexandria, on the other hand, emphasized Christ’s divinity. Sts. Athanasius and Cyril best represent this approach. When overemphasized, this approach produced the heresy of Monophysitism. Ultimately, both approaches are necessary in order to balance out the excesses of the other.

However, I myself prefer to start with the Alexandrian approach and arrive at the Antiochian approach. Indeed, I have a great fondness for the saints of North Africa.

I mention this in order to present this cross:

One might be tempted to call this a Celtic Cross; however, this assumption would be incorrect. Rather, it is Ethiopian in origin.

In the Roman Empire, there was a trade route that went from Alexandria to the southern coast of Britain, which was a Roman colony beginning in A.D. 41. It is very likely that the Christianity that flowered there (bishops from Britain were at the First Ecumenical Council) had its origin, in part, in North Africa.

Take a look at the similarities in style of Celtic and Coptic Christian art: 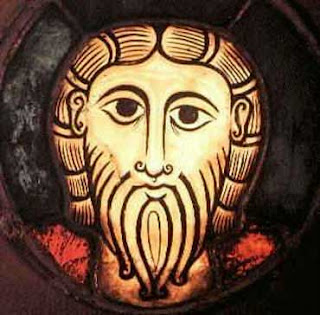 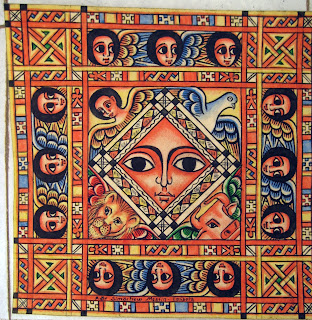 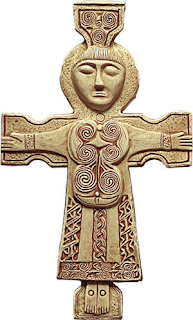 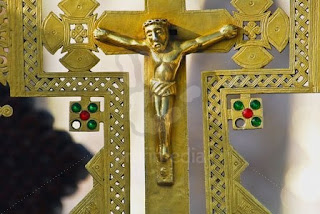 I mention this to point out the cultural pastiche that is Christianity. It engages in the culture it finds itself and integrates those things that speak to the Christian faith while holding onto everything that it already had. Despite the vast differences in language and culture that existed throughout the ancient world, Christianity successfully spoke to all of them while maintaining both local and universal customs.

When D&D is at its best, it is also a pastiche. It freely borrows from S&S, science fiction, history and religion. This is one of the reasons why I believe it is the giant gorilla of the RPG world. Whereas other RPGs are much more specific (and therefore niche), D&D is generic in both its concept and its mechanics. One can just as easily play D&D in a fantasy version of Mesoamerica as one can in a distant dark fantasy future. It can shoulder both the gonzo and the serious. If one considers all of the various editions as a body of work, it can also handle the old school, the new school, fast and loose play as well as play approaching a tactical miniatures war game.

Regardless of the success or failure of 5e, we will all pay some amount of attention because it is the gorilla of the RPG world. It became that gorilla because at the very beginning, it embraced the pastiche rather than the niche.

Here is to hoping that WotC understands this as well as the legacy they have in every edition of the game.