As you may have noticed, my output on this blog has been seriously lagging of late. Not that I am finding myself any less enthusiastic about this hobby or things that go on in the OSR. The time that I have had available for my hobby in the last couple of months has been short and I have simply chosen to use it for actual play rather than musing. It has been rather startling to discover how time consuming musing can be, especially when one doesn't have something rather specific to muse about.
To this end I've been thinking — there are a number of blogs out there that have regular features that keep me coming back. A really good example is Grognardia. James has three regular types of posts: Open Friday, Retrospectives and Pulp Fantasy Library. It should be no surprise, then, that James has given me the inspiration for a type of regular post, which Blood of Prokopius has thus far lacked.

Petty Gods has garnered a lot of attention and enthusiasm. Though not exactly my cup of tea, even I ventured to submit something (a saint rather than a god). It occurred to me that hagiographies could be a wealth of information for campaigns, character ideas and adventure ideas. Since Orthodoxy commemorates the dead on Saturdays, it seemed appropriate for the one day a week that I could challenge myself to write. For those of you out there that doubt my premise, I wish to begin with a saint that has long been embraced by our hobby:

Personally, I first encountered St. Cuthbert in B1: In Search of the Unknown, where he is mentioned in passing in the list of potential characters at the back with the cleric Tassit, the Servant of St. Cuthbert. The saint is also mentioned in Supplement 3: Eldritch Wizardry via the artifact the Mace of Cuthbert as well as in T1: The Village of Hommlet via the local church which is dedicated to him. I personally find it very interesting that T1 actually portrays a reasonable facsimile of a fantasy Christian setting. Hommlet is a mixture of those who follow the new religion (Christianity) and those who still cling to the old religion (nature-based paganism). Both are threatened by demon-worshipping members of the Temple of Elemental Evil. In fact, this is one of the reasons it is one of my favorite modules to this day.

To my knowledge, St. Cuthbert does not make the transition to being a "lesser god" until around 1983 with the publication of the World of Greyhawk 2nd Edition. He is described there as:

a stout, red-faced man, with a drooping white mustache and flowing white hair. He wears magicked plate mail. Atop his helmet is a crumpled hat, and a starburst of rubies set in platinum hangs on his chest...[He] hates evil but his major interest is in law and order and the dual work of conversion and prevention of back-sliding by "true believers."

In reality, St. Cuthbert was a 7th century hermit and a monastic who eventually became the bishop of Lindisfarne, also known as the Holy Island. When he died, his relics remained incorrupt and were the source of countless miracles. He is known as the Wonderworker of Britain. 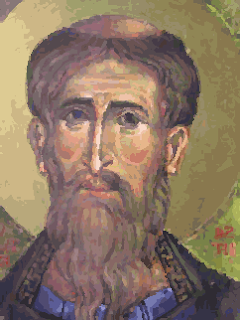 The aspect of St. Cuthbert that I find most useful for a fantasy RPG campaign is the context within which he lived. Lindesfarne historically functioned in much the same way as the Keep on the Borderland.

Britain was conquered by Rome in AD 41. Christianity followed shortly thereafter — it was so well established, in fact, that there were British bishops at the First Ecumenical Council in AD 325. Rome abandoned its British colonies around AD 410. Shortly thereafter, pagan Goths invaded and conquered much of the island. Lindesfarne was the beachhead of the second wave of Christianity, trying to reclaim lost territory for civilization (where civilization is understood as Christian Rome and its successors).

In other words, T1 need not be tied to Greyhawk, but could very well take place in a fantasy version of 8th century Britain. 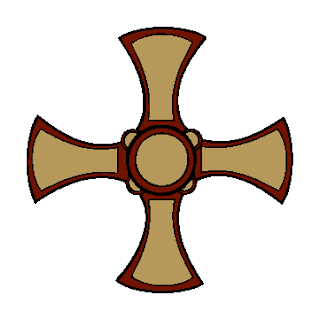